How Uber Ridesharing Resonates with Millennials Across the Country 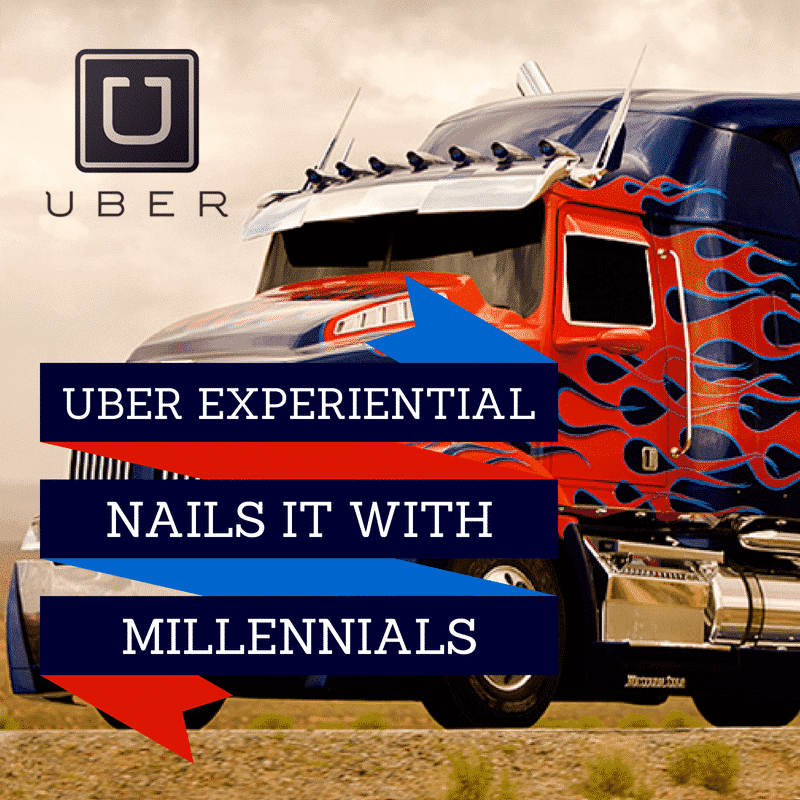 On one hand, you can quickly tick off some basic things marketers know about millennials without having to do deep research:

One company that has captured the hearts and wallets of millennials is Uber, the app that has connected passengers with drivers-for-hire and ridesharing services. Though not located in every market, Uber has definitely been on the collective millennial radar and growing strong since its founding in 2009.

The basic functionality of the app starts with a download, user registration, and credit card information.

Next, simply request a driver to your location (registered through GPS), select your driver based on provided stats, and wait for your ride. The app shows the exact arrival time of the car and allows you to track the driver as well. The driver calls when they are arriving, whisks you away to your previously entered location, and the app automatically charges your card (tip included) for the ride with no external fees.

No lost cabs, no weird drivers, no cash necessary.

Multiple riders? No worries. You can split the fare on the app and direct it to each person’s Uber account.

If this isn’t a millennial’s dream form of driver service, then I don’t know what is.

Of course, this is the technology-sided argument for why Uber is efficient and wonderful. But the millennial dream ride model doesn’t end there.

Drivers apply, get a background check, and become certified in their own car. While the lack of uniformity might initially make some people uncomfortable, Uber drivers are fully vetted, and the variety of people and vehicles lends itself to being a very interesting group. The cars and drivers feel more personal…the total opposite of any standard cab company in the city. The service is considered exquisite, and is known for clean cars and little perks like water bottles for riders.

Because the app takes care of the rest of the ride, passengers have the time to actually put down your phone and converse with the drivers about their lives. Each driver has their own story and their own look.

The built-in ability to split cab fares also adds to the community feel of this ride and inviting others to join you. 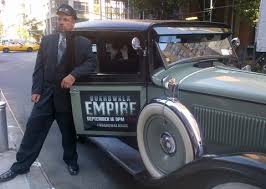 Another way Uber has reached their targeted consumers is with experiential marketing.

In 2012, Uber partnered with a show much beloved by millennials, HBO’s Boardwalk Empire.

The show takes place in the 1920’s and evokes the “work hard/play harder” mentality of the prohibition era, which resonates deeply with the millennial lifestyle.

New York Uber users were offered the opportunity to take their “normal” Uber ride in style…in a 1920’s era car and uniformed driver. In two days, four vintage cars carried out 2,574 Uber rides around NYC. Additionally, young bloggers were given special rides in style to promote both Uber and Boardwalk Empire. Because of this campaign over two days, more than 23 million impressions were made.

More recently in 2014, Uber also partnered with Red Bull, a favorite beverage of the millennial culture, to promote the Red Bull Arizona Bus rides to the WM Phoenix Open of the PGA Tour. The partnership promoted the RB Double Decker Bus as well as placed RB products and beverages in the average Uber car ride for passengers to consume.

In June, Uber partnered with the new Call of Duty video game release to bring free rides to consumers in the Call of Duty Advanced Warfare military vehicle. The decked-out vehicle exhibited a new trailer for the game, costumed drivers and props, and the potential to ride along with one of the game developers.

Their most recent stunt reveals a partnership with General Motors and Paramount Pictures in three cities to promote the release of the newest Transformers film this summer. At the end of June, passengers in Dallas, Phoenix, and LA took a ride in a custom-styled “Optimus Prime” truck, based on a favorite character from the franchise. 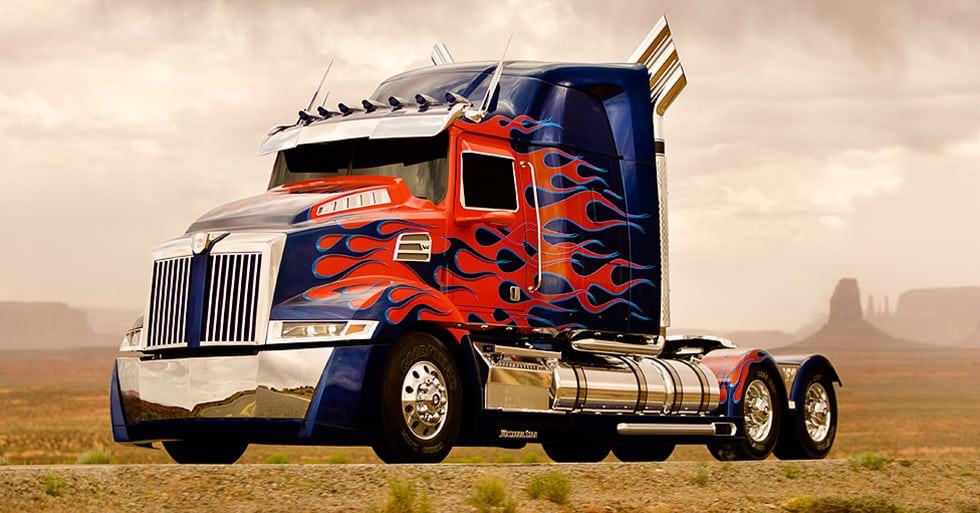 They are a brand that shares millennial interests and values. Their dedication to safety, efficiency, convenience, and community resonates deeply with the millennial culture. These partnerships with brands and products that target our millennial demographic (HBO, Red Bull, Call of Duty, Transformers) have positioned Uber as a brand that not only meets our needs efficiently but also grabs our interest and holds it with exciting and random events.

In an arena (catching a ride) that could be mundane to the point of invisibility, Uber uses technology, community, and experiential marketing savvy to stay visible, to stay viable, and to stay on top of the growing rideshare heap.