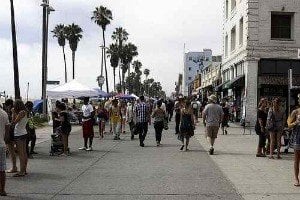 I’m in LaLaLand again – but instead of thinking about palm trees and killer waves and bikinis, I’m looking at them! Los Angeles is the capital of many things: the Entertainment industry; Stop-and-Go Traffic; Plastic Surgery. SoCal is a celebrity among celebrities and field marketingprograms. Who doesn’t get star struck when they drive past signs for Beverly Hills, Hollywood, or the O.C. (don’t call it that) for the first time?

Field Marketing Agencies see opportunity in numbers here – with a population of almost 19 million in the metropolitan area. And unlike most of the city’s mega-size counterparts (the likes of Chicago, New York and Philadelphia), Los Angeles is full of festivals, fairs, and other large-scale events year-round.  Our clients want to get maximum exposure, and doing so sometimes requires activation during the week. Here are some great places in the L.A. area where we have found success with recent mobile marketing and street team programs:

Dodger Stadium – The pride of the town (no offense to fans of the Angels, Lakers, Kings or… who did I forget? oh, Clippers), the Dodgers can host 56,000 fans per game, and with all the free parking around the stadium, it’s easy to catch a good portion of fans before or after the game (just be advised that Dodgers fans only recognize innings 3-7)

The Original Farmers Market – An estimated 3 million people visit this world-class foodie Heaven each year, many attending one of the regular special events hosted by the longest-running fair in the city

If you need help implementing a brand experience at these, or any other Los Angeles hotspots, give us a call! If you have insights into other great weekday locations in SoCal, feel free to share.