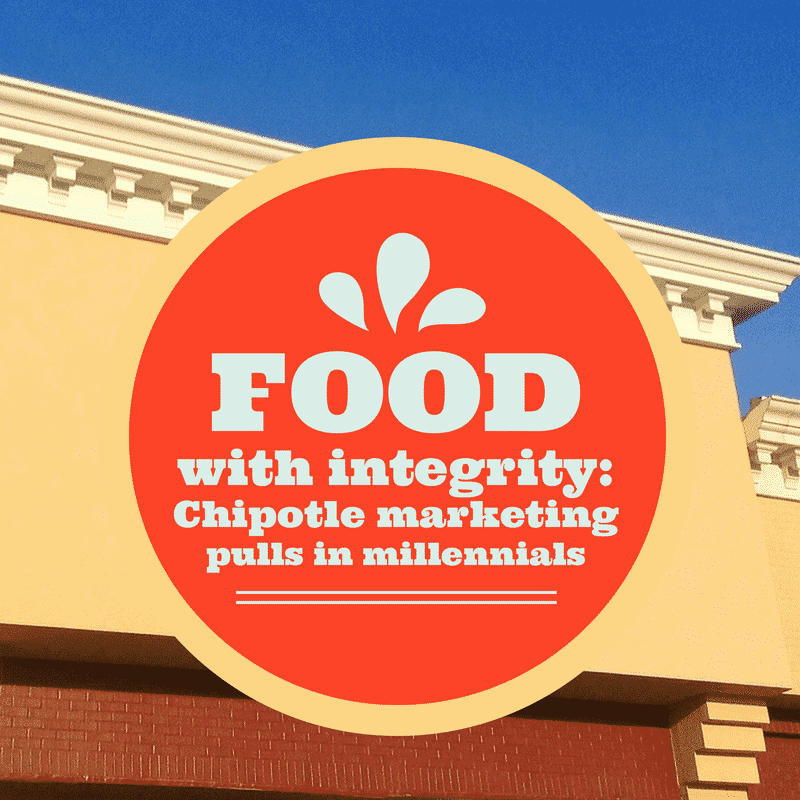 More than ever, our society is health and nutrition-oriented. This is not necessarily spearheaded by Gen-Y, but it is definitely a hat that is well-worn by them. We strive for organic and locally grown food to sustain ourselves. We crave authentic and small brands that feed our souls as well as our stomachs.

One brand that excels in the soul-and-stomach category is Chipotle Mexican Grill. Their mission statement—“Food with Integrity”—has attracted global consumers with its seemingly unconventional marketing strategies. Chipotle was founded in 1993 and is considered to be a “fast-casual” food experience. At its heart, Chipotle’s mission and marketing strategies show it striving to differentiate itself from corporate food brands, such as McDonald’s (which, up until 2006, owned a controlling stake of of the chain).

Chipotle’s marketing started with billboards, radio ads, celebrity endorsements, and word-of-mouth. It relied on grassroots advertising and cause-motivated advertising to include consumers in their moral mission, which is something Gen-Y consumers eat right up. According to Christian Science Monitor, Chipotle reaches their millennial targets unconventionally with social media and with a de-emphasis on their brand name and logo, which are placed with subtlety when they do make an appearance in their video ads. 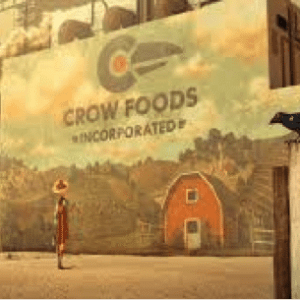 In September of 2013, Chipotle released “The Scarecrow,” a three and a half minute animated commercial portraying the problems inherent in the industrial farm complex. Though not known for large-scale marketing campaigns, Chipotle created a video that sticks in consumers’ minds. The richly animated video is set to the tune of Fiona Apple’s haunting version of the Willy Wonka and the Chocolate Factory song “Pure Imagination,” and follows the life of a corporate scarecrow who witnesses the horrors of the corporate food world (such as injecting the animals with unknown chemicals or raising them under harmful conditions), and begins to market his own natural products in order to “cultivate a better world.”

The artistic and aesthetically pleasing video drives home the idea of naturally-raised food and the perceived moral injustices of the food industry today. Without specifically calling on the Chipotle restaurant, the video encourages consumers to buy from any local farmer, grocer, or restaurant that uses sustainable products. This is something millennials can get behind, as it is not directly related to the Chipotle brand. It hearkens to a greater cause in the world that they are already invested in.

Another aspect of Chipotle’s draw is their philanthropic connection. The brand’s “Chipotle Cultivate Foundation” aims to raise awareness about sustainable food processes and support local farmers and sustainable agriculture. Steve Ellis, Chipotle founder and chairman of the foundation states:

Now, how non-corporate does this statement sound? Sure, they’re promoting their brand, but they’re also supporting and encouraging others to live and eat sustainably. 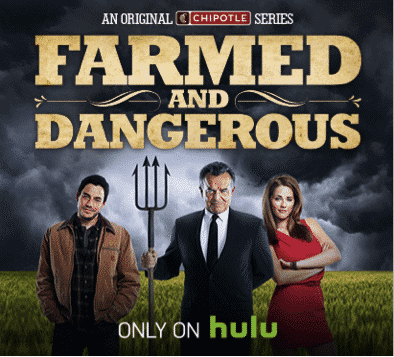 Television streaming sites like Hulu and Netflix are gaining popularity over network cable packages in a world where sitting down at a prescribed time each week becomes less and less likely. Another draw of streaming sites is the low-to-no cost and minimal advertising.

So how do you advertise to a group of people that does not want or see commercials on TV? If you’re Chipotle, you create your own TV series.

In 2014, Chipotle partnered with streaming pioneer Hulu, and released a “Chipotle original series” entitled “Farmed and Dangerous,” starring Ray Wise (an actor known for his roles in popular shows like “24,” “How I Met Your Mother,” and “Mad Men”). Its four 22-minute satirical episodes dealt with the poor choices of the corporate food industry.

Outside of its producing credit, the series doesn’t ever mention the Chipotle brand; though the series’ protagonist is named Chip. The comedy series bypasses any association with advertising, and the HBO/AMC-caliber production quality (each episode clocked in around a quarter of a million dollars to produce) is on par with what the millennial audience craves.

There are two ways to look at this stealth marketing strategy. Ray Wise’s antagonist character, Buck Marshall, puts it succinctly when he says, “There’s something disturbing about a corporation hijacking our attention with twenty-two minutes of entertainment specifically engineered to make us want to buy something.”

When you watch the episodes, it’s true that you might forget this is a bizarre but real form of advertising for a big brand. On the other hand, this indirect form of communication is catching the eyes of millennials. Chipotle is providing a real message, backed by legitimate entertainment. You can see the effort Chipotle makes to connect with its demographic while also making their brand as universal as possible. Everyone wants to live healthier, eat healthier, and support local businesses and brands.

Chipotle’s most recent campaign, “Cultivating Thought,” goeas after the mind of the consumer as well as the stomach. Noted writers and comedians—voices of our generation—now speak to us via Chipotle to-go bags and paper cups. Customers can read short stories, thoughts, anecdotes, and advice from well-known writers such as Toni Morrison, Sarah Silverman, Michael Lewis, and Judd Apatow. 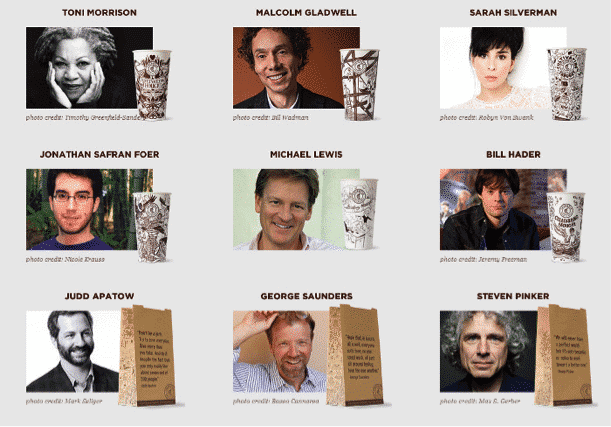 The seed campaign grows from the concept “to create a moment of analog pause in a digital world.” This is something millennials especially relate to in a time when our iDevices are attached to our hands, and even sitting down for a fast-casual meal can be infected with social media and digital ads.

Though still engaging our wallets, Chipotle has become a brand that engages our minds, bodies, and emotions. Their unconventional approach to marketing creates an experience for millennials and other generations alike. Whether they reach you through their touching videos, comedic online mini-series, foundation and informational pamphlets regarding sustainable food, engaging reading material on their packaging, or through a delicious dining experience, Chipotle is betting that you will definitely fall in love with this brand.